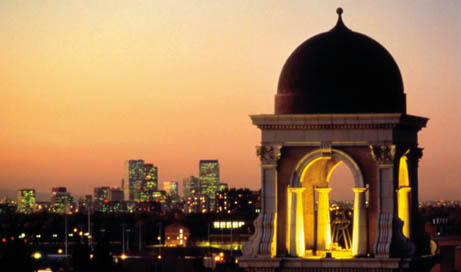 In a graduate level course at the University of Denver, I was told that I am racist because I am white.

This is not uncommon discourse in contemporary American higher education, but still I was surprised. Thus far, I have only been teased with the theoretical frameworks of critical theory and social justice – though I feel I have observed the progression of the lack of viewpoint diversity throughout my experience in graduate school.

My intention with this piece is not to point fingers or lay blame, so no individuals will be identified. However, there is a disease spreading throughout educational institutions and I feel I must speak up.

These assumptive and illogical perspectives – which feel like ideologies – have become dominant in all my classes, hindering intellectual discussion and silencing any dissenting opinions.

I want to make it clear: it is not even so much about what critical theory and social justice profess. It is about the fact they have been put on a pedestal and cannot be challenged – which marks a belief system rather than an academic discipline.

These perspectives are ideological insofar as they hold certain ideas to be sacred. To criticize certain tenets of this belief system is treated as blasphemy, whereby the blasphemer is dismissed by being labeled as a racist, or as some other form of deplorable individual not worthy of engaging.

These ideologies have enveloped whole institutions to create a culture in higher education, which discourages divergent opinions.

By no means do I consider myself right-wing or Republican, but I have found myself feeling ostracized due to my beliefs, the fact that I haven’t hopped on the train of liberal intolerance, and, most ridiculously, the color of my skin. In an age when one hopes for the continued lessening of racist thought, it is astonishing to me the justifications given for seeing white people as the problem.

I find myself sympathizing more with right-wing thought – which values my right to free speech – over the contemporary liberal echo-chamber – which claims I am racist because of a choice I couldn’t make.

When discussing “privilege” in a graduate course at the University of Denver, a student asked innocently, “Do poor white people experience discrimination? Do they still benefit from white privilege?”

The professor responded, “You are being too compassionate for those who don’t deserve compassion.”

“White people,” said the professor, “don’t deserve compassion because they have privilege.”

No matter how extreme the poverty – white people must suffer for their iniquity, right? The goal, however, should be to stop oppression, not to invert oppression.

What is most upsetting to me is that I know if I were to speak up, I would only be ostracized further. Despite the claims of those with a social justice perspective that everyone has a right to their experience, any opinion they disagree with is automatically categorized and written off: racist, sexist, prejudiced, xenophobic, etc. – whether the label is accurate or not.

If I don’t agree that I am racist because I am white, then I become even more problematic and unworthy of sympathy in the eyes of social justice advocates. Now, I am racist, antagonistic, and “not doing my share as a white person” by not apologizing for the color of my skin.

To reiterate: it is not so much the specific critical theory or social justice ideologies that I see as overwhelming issues. Though I do see some fault in the logic of these ideologies, I want to emphasize that the primary concern I have is the loss of viewpoint diversity in higher education and the restrictions placed on the critique of critical theory or social justice.

Opinions must be challenged, and the problem I’ve found during my graduate experience is that there is a growing mass of college-educated professors and students who are content with disrespecting others’ perspectives because they find them offensive, intolerable, or unacceptable.

If critical theory and social justice advocates are to be true to their commitment to critique and deconstruct dominant ideologies, then they, too, need to direct hard, reflective criticism at themselves, especially towards their assumptions about race.

“White people,” said a student in one of my graduate course at DU, “need to start challenging each other – just because they’re part of the system and they benefit from it doesn’t mean they can’t be educated.”

Similarly, just because critical theory and social justice have become dominant ideologies on college campuses, their advocates should not be exempt from educating themselves on differing perspectives. University campuses have become hostile environments for some due to relatively minor differing opinions snowballing into extreme polarization. Something needs to change.

I no longer have a voice in the classroom – a place I used to value, respect, and feel comfortable to be myself within. I do not see how it would be productive to argue until I am blue in the face with classmates and professors who have, in the past, told me I was wrong and who flat-out ignored my comments, and so, I remain silent.

2 thoughts on ““Am I racist because I’m white?”: Lack of viewpoint diversity silences students on college campuses”

The Philosophy Blog of Steven Colborne

writes a short story every week