The following was published on YourHub on March, 1, 2018. You can find it published online here.

Not many people have started a globally-known journal on their own, but Dr. Richard S. Hess, editor of the Denver Journal, felt it was his academic, professional, and personal purpose to do so. Having lived all over the world, including in Israel, Britain, Europe, and N. America, Hess landed in Denver in 1997.

One of the first things Hess did in Denver was to start the Denver Journal.

“By and large, [the Denver Journal] supports the general mission of the seminary, in terms of its interest as being a means of ministry that is without cost to anyone who wishes to avail themselves of it,” said Hess. “And it is part of my vision of encouraging people to do writing and research.”

Featured entirely online, the Denver Journal publishes book reviews and annotated bibliographies of a theological or biblical nature. The main contributors to the journal are faculty and graduate students of the Denver Seminary, where the journal is produced.

“One of my visions,” said Hess, “has been to expand opportunities for the faculty here, in terms of publishing and writing, and that’s how I designed it.”

The journal began in 1998 and has a number of advantages. For instance, the online platform and free access make it immediately available to a wide range of people. Hess stated that the Denver Journal website receives around 2,000 hits a month. In comparison to an academic print journal, which usually receives around 100 viewers a month, the Denver Journal has a greater accessibility than other academic journals.

“It is a little bit broader,” said Hess. “It is not just an academic research journal, it is for pastors and teachers on a broader level, so you’ll have more people looking at it, and it’s always been very encouraging to see the interest.”

It was relatively easy to start the Denver Journal with the support of the Denver Seminary and his previous editorial experience working as the International Book Review Editor for a journal in Britain, stated Hess.

“It seemed like a natural development that had not existed [in Denver],” Hess said.

In addition, Hess noted that there was a huge interest in this kind of publication.

“There’s a whole area and interest in bible teaching around the world and preaching, and so people like to refer to commentaries,” said Hess. “What we do is we try to list what we think are the best for each book of the bible as you go through and briefly annotate what it is of them that is of value.”

Hess handles correspondences with book publishers, does general copy-editing, and coordinates with the individuals who run the Webmaster.

“I have a certain philosophy with this,” said Hess, “we don’t do a lot of reviews, it’s not like we try to review every book in the field. I am more interested in [having] professors [write on] things that they find particularly helpful.”

“So, the reviews tend towards the positive side because I am not really interested in having somebody just trash a book and write a negative review and put that up for the sake of putting it up,” added Hess.

On the other hand, Hess stated that if it’s a well-known book that has a lot of popularity, he will try to get that reviewed and he would be more open to a nuanced review.

“There, I would be more open to that because I think people should be aware of it and know what at least some people think about it,” he said.

Hess advocated for more positive reviews from the faculty of Denver Seminary.

“If people are going to take time to read the reviews, I am more interested in what is helpful, so that’s what we try to focus on,” said Hess.

Having received his doctorate in Hebrew Bible from Hebrew Union College – a rabbinic and graduate school – a Christian seminary degree at Trinity Divinity School, and his Bachelor’s at Wheaton, Hess then had five years of post-doctoral work at University of Chicago, worked in Israel at the Albright Institute, worked at Cambridge University, and worked at Sheffield University in England.

Hess broke into the publication industry by offering to present his academic papers at conferences and meetings in Israel, Britain, Europe, and N. America.

“That kind of gets things going,” Hess said. “It was helpful and set me up for doing additional work in publication in later years.” 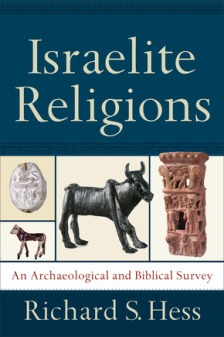 As a professor at the Denver Seminary, Hess stated that a number of his courses – on Old Testament Survey and on Old Testament Theology and Israelite Religions – use books he has written. Hess’s published work is connected with what he teaches.

“It really makes a difference,” Hess said, “to see people interact with [my work].”

For instance, Hess stated he was in India a few years ago, at the South Asian Institute for Advanced Christian Study, a seminary and conference center. The professors there told Hess that they use the Denver Journal as a guide for buying certain books.

Ultimately, the Denver Journal serves a purpose beyond the average academic journal: it supports the general mission of the seminary.

“It feeds into a larger vision that I have in terms of what my vision, goals, and perhaps, as we would say here, ministry is interested in,” said Hess, “and that is in cultivation and encouragement of others to do research and writing, and that, then, makes this worthwhile.”

Astral Lucid Music - Philosophy On Life, The Universe And Everything...

The Blog of Author Steven Colborne